Results demonstrate a significant increase in the detection rate of neoplasia when Cellvizio is used as an adjunct to the standard of care, underscoring the key role of advanced imaging in slowing the rapid growth of esophageal cancer

Mauna Kea Technologies today announced the peer-reviewed publication of a new meta-analysis in Techniques and Innovations in Gastrointestinal Endoscopy (TIGE) entitled “High definition probe-based confocal laser endomicroscopy review and meta-analysis for neoplasia detection in Barrett’s esophagus”1. The study demonstrates that the addition of Cellvizio as an adjunct to guide biopsies provides a significantly higher diagnostic yield for dysplasia and cancer and reduces sampling error compared to random four-quadrant biopsies alone, the standard of care.

Existing endoscopic screening and surveillance methods are insufficient in detecting Barrett’s Esophagus or esophageal cancer, as using the Seattle Protocol standard of care alone is prone to sampling error and poor sensitivity and specificity. At Digestive Disease Week® (DDW) in May 2022, Dr. Bashar Qumseya presented data2 based on roughly 5 million people and showing that, among those ages 45 to 64, esophageal cancer (EAC) rate nearly doubled from 2012 to 2019. Moreover, the prevalence of Barrett's esophagus – the only known precursor to EAC – rose by about 50% in this age group in the same period.

In the TIGE meta-analysis, the authors included 9 studies for a total of 688 patients and 1,299 lesions and assessed the benefits of probe-based CLE (pCLE) as an adjunct to random 4-quadrant biopsies in the surveillance of patients with Barrett's esophagus for dysplasia and early EAC detection. Per-patient pCLE pooled sensitivity, specificity, and negative predictive value were 96%, 93%, and 98%, respectively. Compared to random biopsies, the per-patient pooled absolute and relative detection rate increases of neoplasia with pCLE were significant and equal to 5% and 243%, respectively.

Separately, at the ENDO 2022 World Congress of GI Endoscopy in May 2022, the results of a retrospective multi-center chart review3 of 60 patients with Barrett’s esophagus who were referred for endoscopic surveillance or treatment were presented. The authors were examining differences in gastroenterology health services utilization for eight items/services among patients treated using Cellvizio as an adjunct versus standard of care alone. The Cellvizio cohort had 1.04 fewer endoscopies and anesthesia services, 7.49 less biopsy bottles, 1.30 fewer ablations, and 1.46 less brush cytology services. Therefore, the researchers concluded that Cellvizio is associated with an overall lower burden to the healthcare system.

“The results from these studies demonstrate that there are better tools that are easily accessible to physicians who are working to improve the detection rate of screening and surveillance programs, and ultimately reverse the alarming rise in prevalence of esophageal cancer,” said Nicolas Bouvier, Interim Chief Executive Officer of Mauna Kea Technologies. “Better detection rates and a lower utilization of healthcare services make Cellvizio a valuable adjunct to the standard of care in hospitals and ambulatory surgery centers alike.”

[2] Qumseya, B. et al. Alarming Increase In Prevalence Of Esophageal Cancer And Barrett's Esophagus In Middle-Aged Patients: Findings From A Statewide Database Of Over Five Million Patients https://news.ddw.org/wp-content/uploads/2022/05/671-Alarming-Increase-In-Prevalence-Of-Esophageal-Canceer-And-Barretts-Esophagus-In-Middle-Aged-Patients.pdf Accessed July 1, 2022. 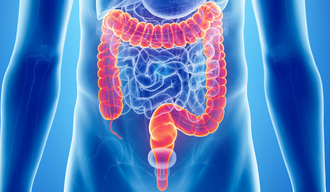